Vice City S.A.W. ( San Andreas Women) Conversion Version: 1.1 Date: 10/24/2010 Update: 10/28/2010 About: This mod converts the younger women character models in Vice City to the San Andreas versions. Characters without a version in San Andreas such as groupies and the cigar girl were replaced with extra models. Love Fist groupie 1 is actually a re-textured cut scene model of the porn star from the movie studio missions. Wander around Vice City and you may notice some surprise guests from San Andreas as well. The models used in this mod are the actual models from San Andreas, as well as the textures and skeletons. They have not been rigged to Vice City bone structures or modified in any way except the unusable bones were removed and the vertices assigned to the most logical vertex group. - Version 1.1 Update: Found a place for one more character which brought the number of converted models to 30. Changed the cigar girl to a different, more... "interesting" character. Any future versions will most likely contain "enhanced" models from the current mod. Some of the meshes could be cleaned up and improved which includes removing doubled vertices that cause discoloration in the textures and reducing some of the more visible seams, particularly the vertical ones on the sides. - Issues/Bugs: There should be no problems associated with this mod except what one might normally expect from using newer and better meshes with older animations. Obviously the meshes in this mod are more detailed than the Vice City defaults so there may be some abnormal distortion in some of the animations. The most noticeable area that I have spotted is in the shoulder/ clavicle area of some of the models, but it is not a major issue. All of the models were positioned at 0 on all three axis in the editor. Because the height of the characters varies more in San Andreas than in Vice City this may affect positioning in some animations but again it should only be minor. - Notes: This mod will not put all of the women in the Malibu Club as in the screen shots. That is a modification that I made seperately because I wanted more of the hot women at the club and to make checking them easier. Even though there are more prostitute characters from San Andreas, there are still actually only 3 in Vice City. I will leave it up to you to find out which three are the ones. The Candy Suxxx model in the screen shots is my player model and is not included. Mercedes is not included. - Thanks To/Stuff Used: Rockstar The Blender Foundation - Blender 2.49b Python 2.6.2/4 Hollower - Blender dff import/export scripts Discreet - Gmax 1.2 Kam - Gmax dff/ifp import/export scripts Spooky - IMG Tool 2.0 Jernej L. - TXD Workshop 4.5 Irfan Skiljan - Irfanview 4.25 Microsoft Paint LithJoe - Vice City Mod Packager 2.2 Contact: [email protected] ( o ) ( o ) 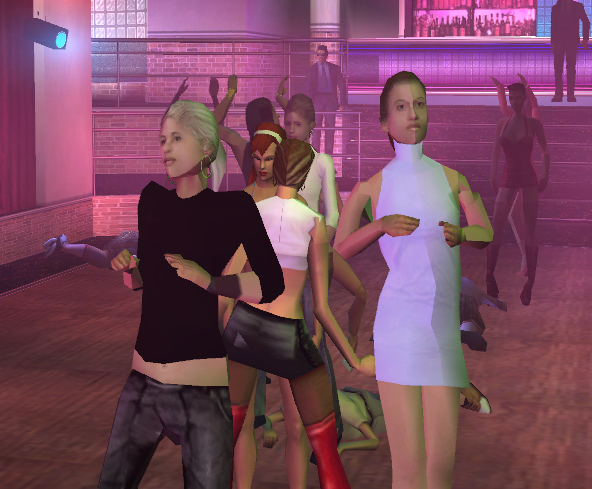 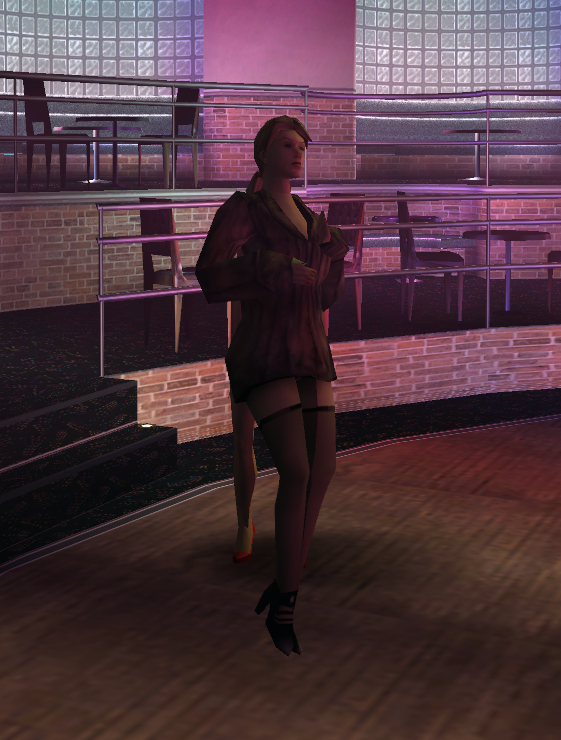 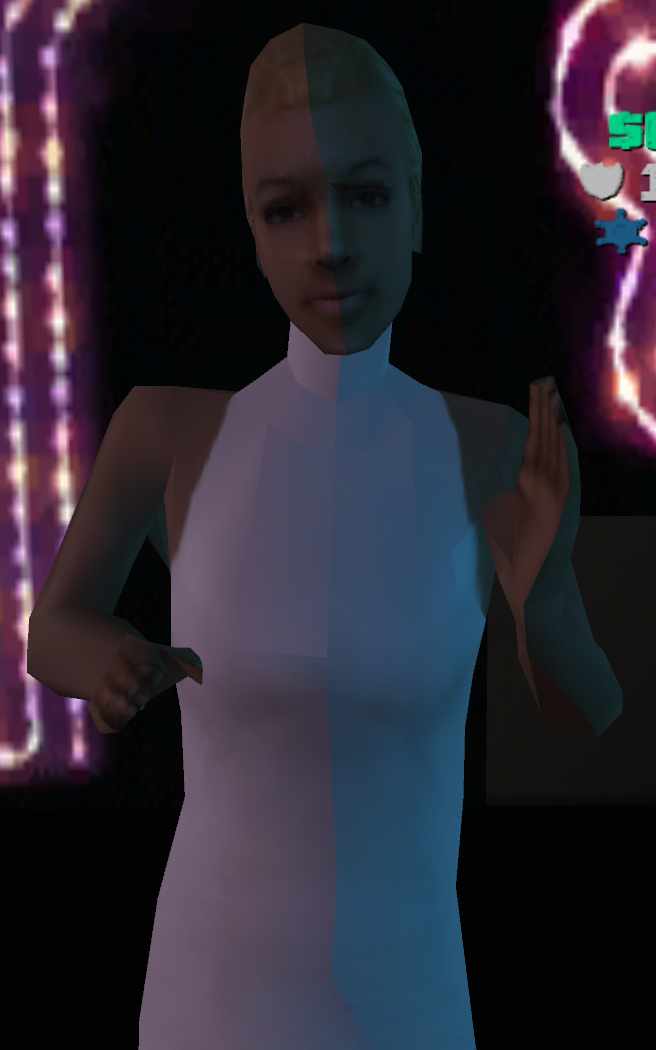 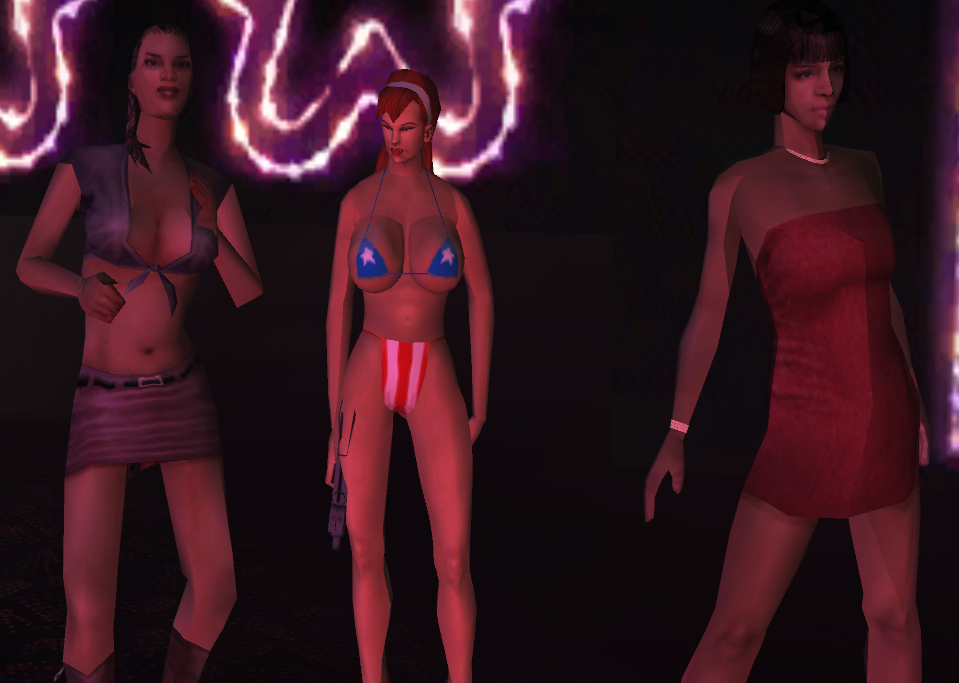 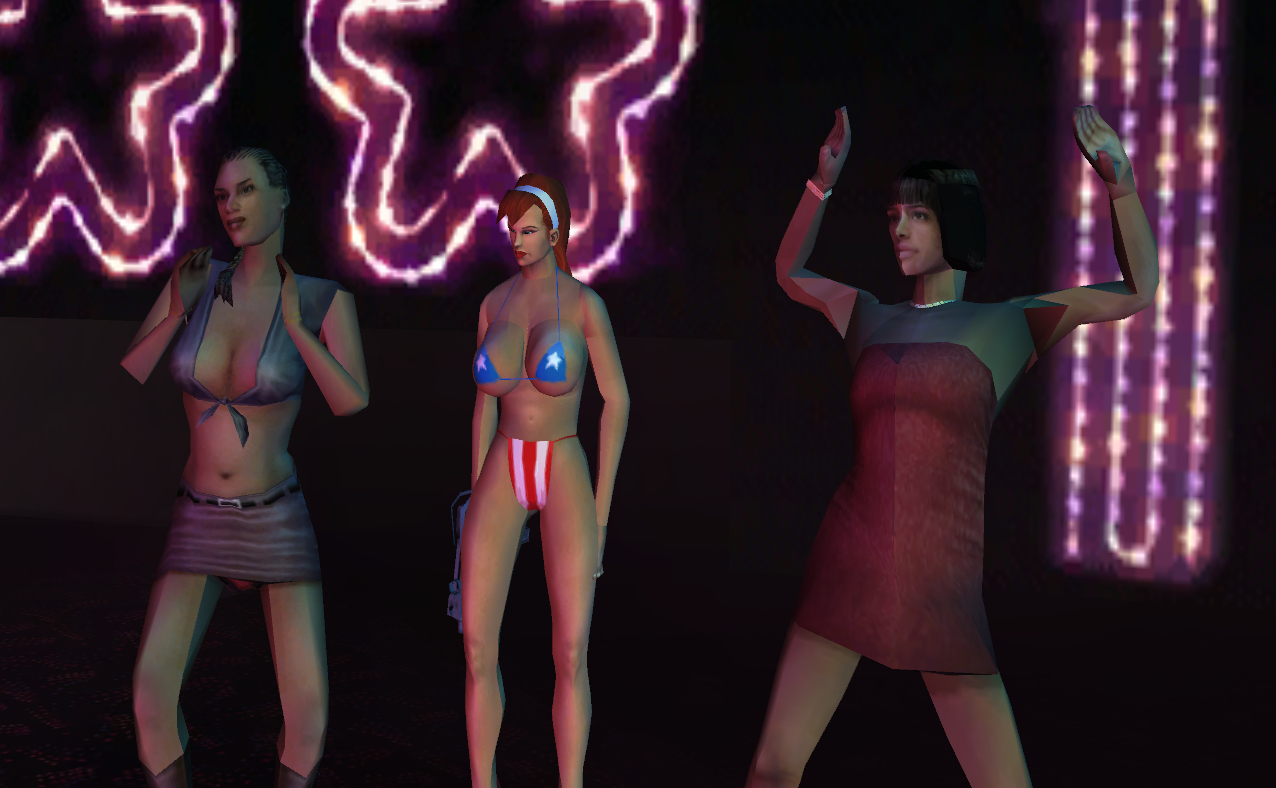