Realistic Fuel Mod is an open source software for Grand Theft Auto IV which will add fuels for the vehicles on the Liberty City. Of course vehicles will consume fuel and you can refuel them from fueling stations spread around the city. Source can be found on a public domain license: https://code.google.com/p/realistic-fuel-mod This script based on the Ultimate Fuel Script v2.1.0.0 source by Pedro Rodrigues and this is just an improved version of it. Contributed for the further development by Sandakelum. TO INSTALL: Just unzip/extract the contents of the ZIP file you downloaded to GTA IV root directory folder. Keep the folders and paths intact (SlimDX.dll should be placed in the GTA IV root folder where GTAIV.exe exist, and everything else should be at "scripts" folder, as in ZIP file). You need .NET Script Hook v1.7.1.7 BETA, XLiveLess ASI loader (for ScriptHook) and this script developed and tested on GTA IV 1.0.7.0 (recommended). WARNING: This script also shares Ultimate Fuel Script's GUID (which is "3583e09d-6c44-4820-85e9-93926307d4f8"). So don't use these two script together or it will cause a conflict in some events. WHAT'S NEW IN 2.2.0.5? NEW: Fuel Steal Points! Now most garages, vehicle repair shops have fuels in stored for their use. You can use same controls to steal fuel from them. But which will cause you to increase your wanted level by several stars and also, nearby undercover police agents will shoot at you. So, be quick and be smart. NEW: Added 6+ fuel stealing points around Liberty City. NEW: Dashboard Positioner, a tool you can use to get very precise coordinates to move your fuel meter gauge. Now bundled with the release. You can find it in Tools folder. Created by Pedro Rodrigues. NEW: Added an internal method to check for updates from repository. CHANGE: Changed version scheme to Major.Minor.Revision.Build format. FIX: Indicator Mod compatibility patch. FIX: Reserved fuel indicator sound is now plays correctly. FIX: Fixed bus issue, which caused to crash the script when Niko gets back on, after using a fuel bottle on the bus. Only buses was affected by this issue. Fix by Pedro Rodrigues. FIX: Wrapped KeyDown function's sub-events with try-catch to avoid most common crashes. FIX: Used "IS_PLAYER_FREE_FOR_AMBIENT_TASK" native call on multiple locations where player should wait for previous ambient task to be completed, to avoid most animation related crashes. Fix originally provided by Pedro Rodrigues. FIX: Fixed emergency fuel service's ped animations and delays where he just stares at the vehicle instead fixing it faster. May not be fixed on some cases, such as when running on lower FPS than game's playable FPS. FIX: Fix for letting player steal fuel bottles from fuel stealing points. Player only can steal liquid fuel as it is only. No fuel bottles. FIX: Fix to fuel gauge flashing to cause less impact on performence. Tip: Incase if your game prompted "GTA IV FATAL ERROR: Invalid resource detected - Please re-install the game" error just ignore it and start the game again. It won't occur again, just the first time script get installed. 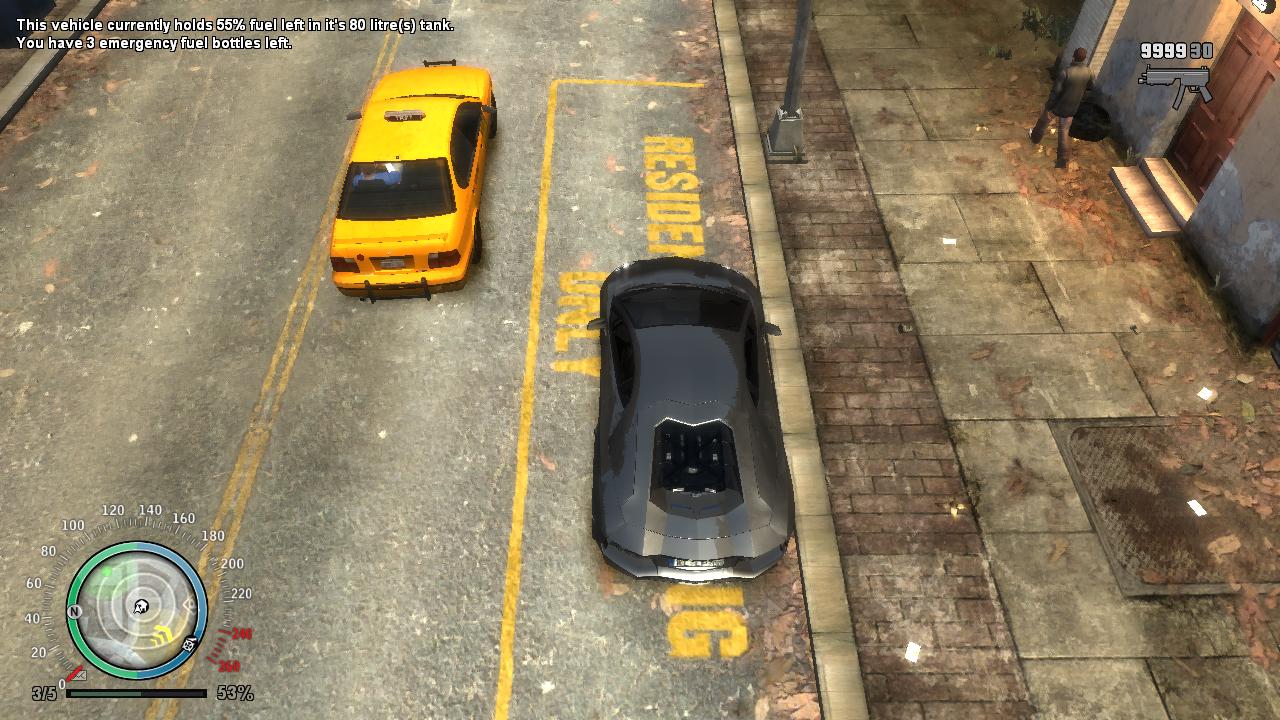 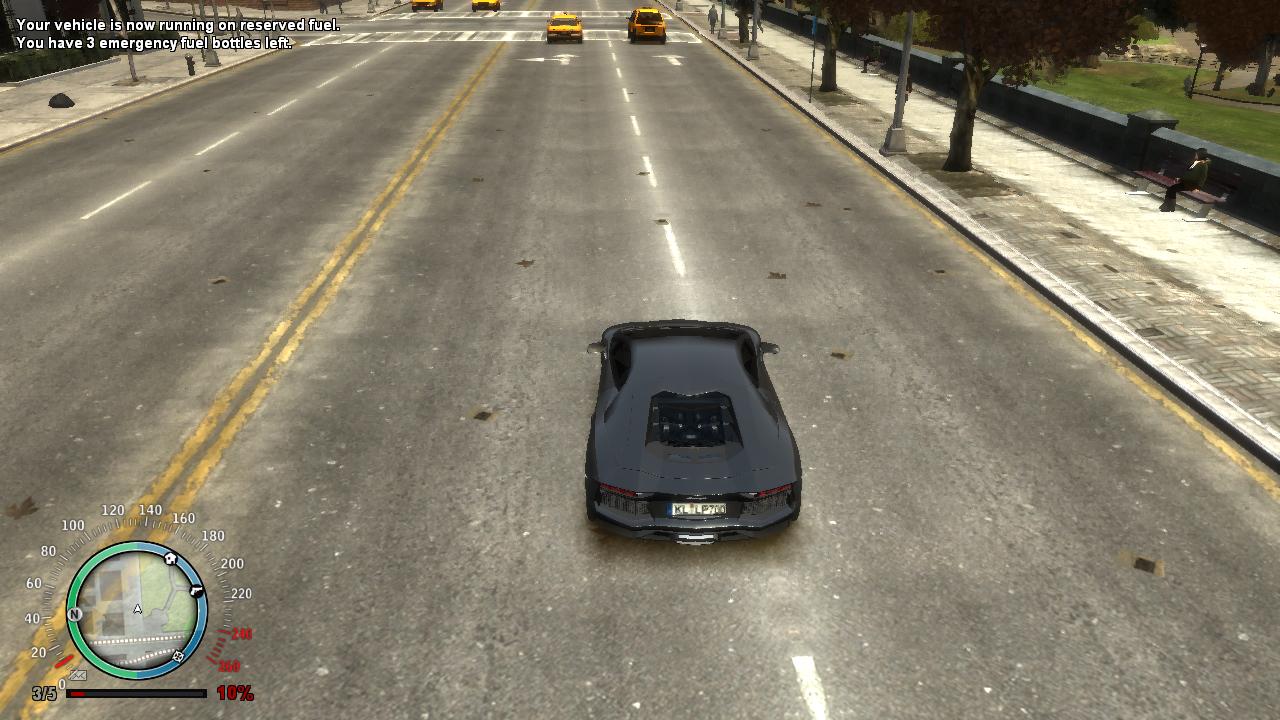 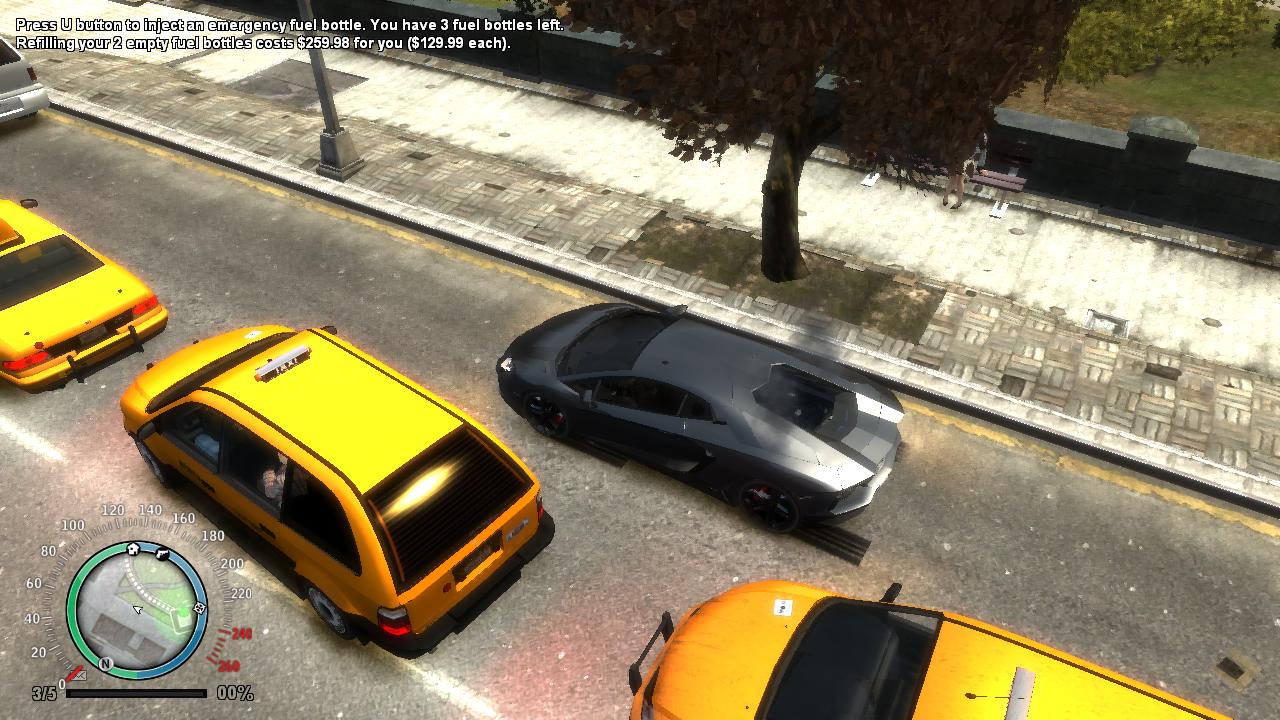 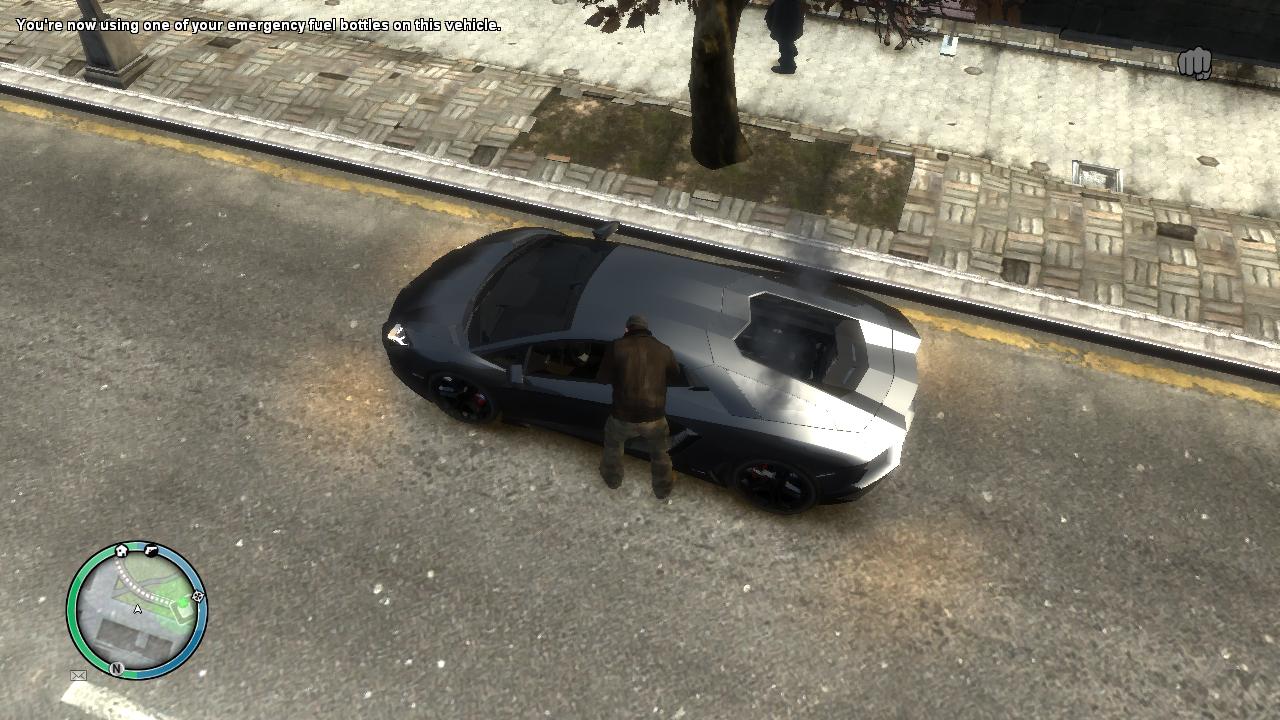 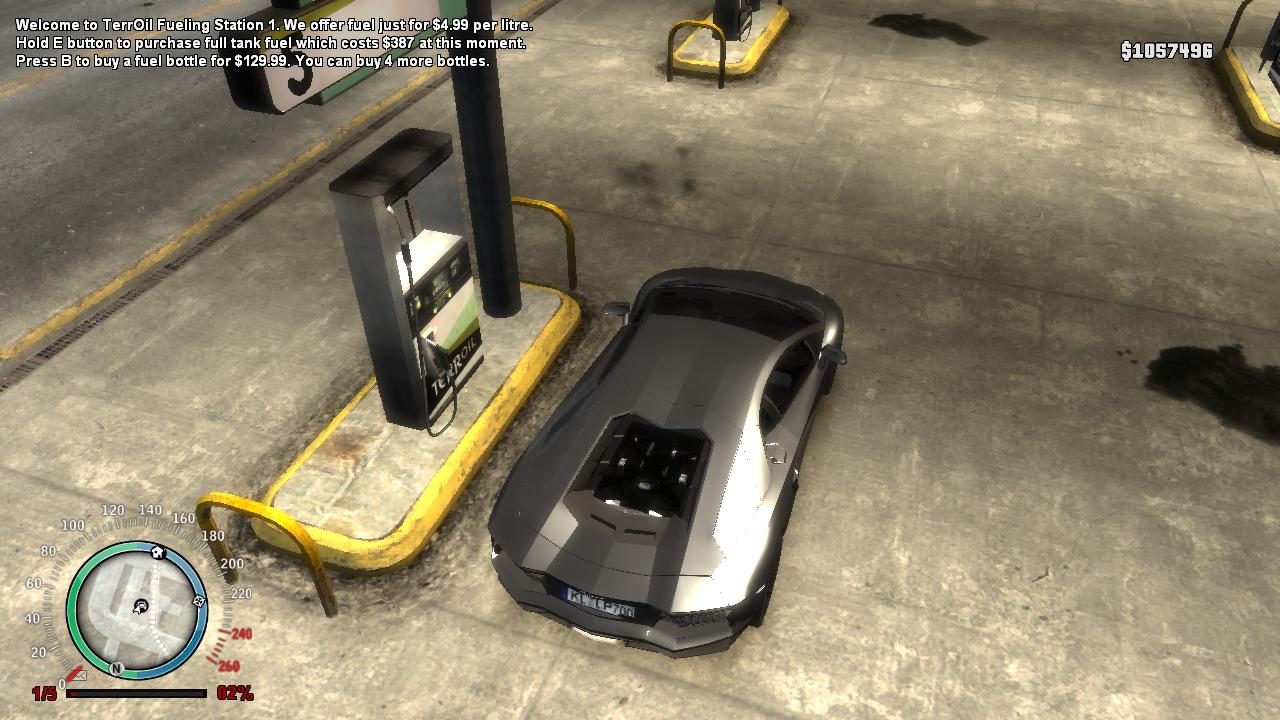 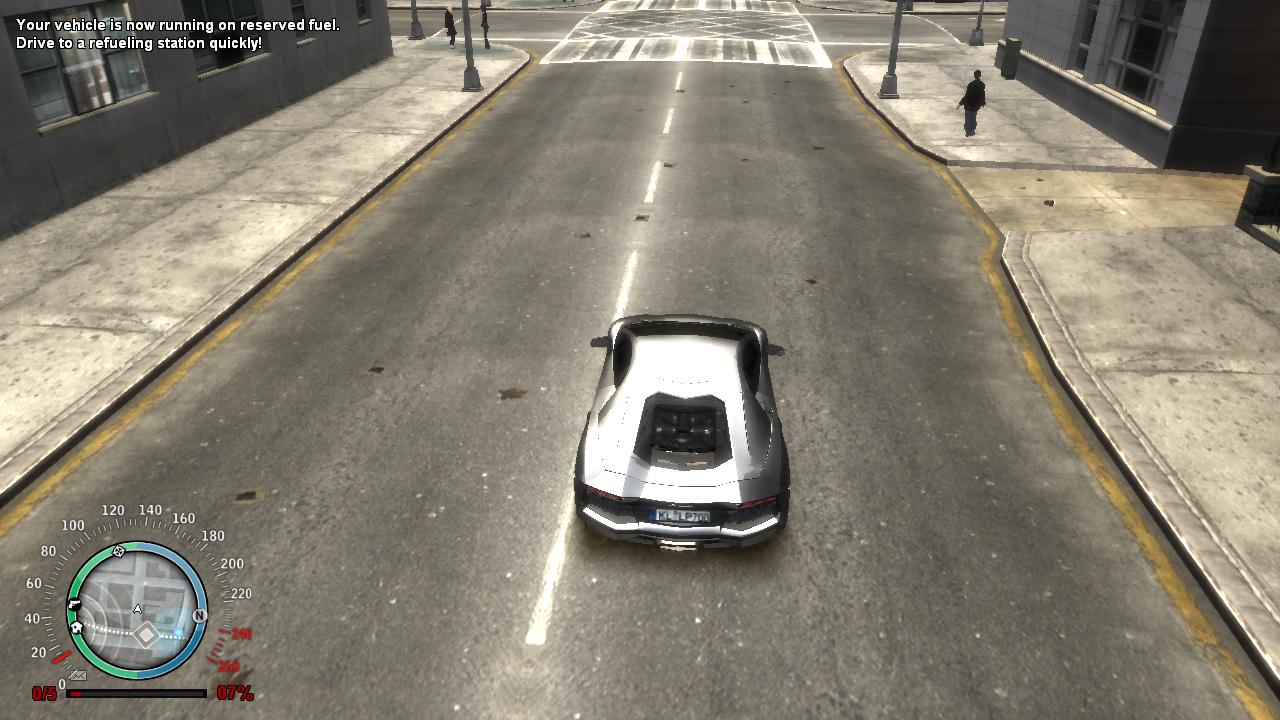 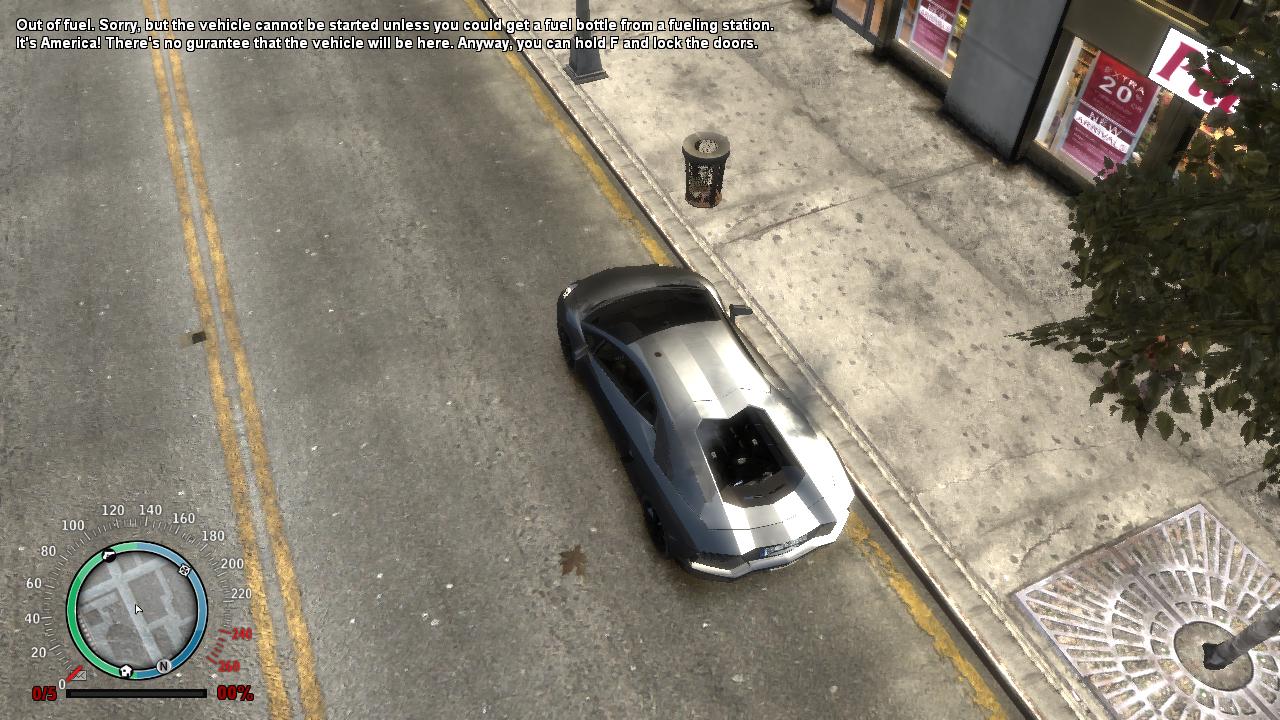 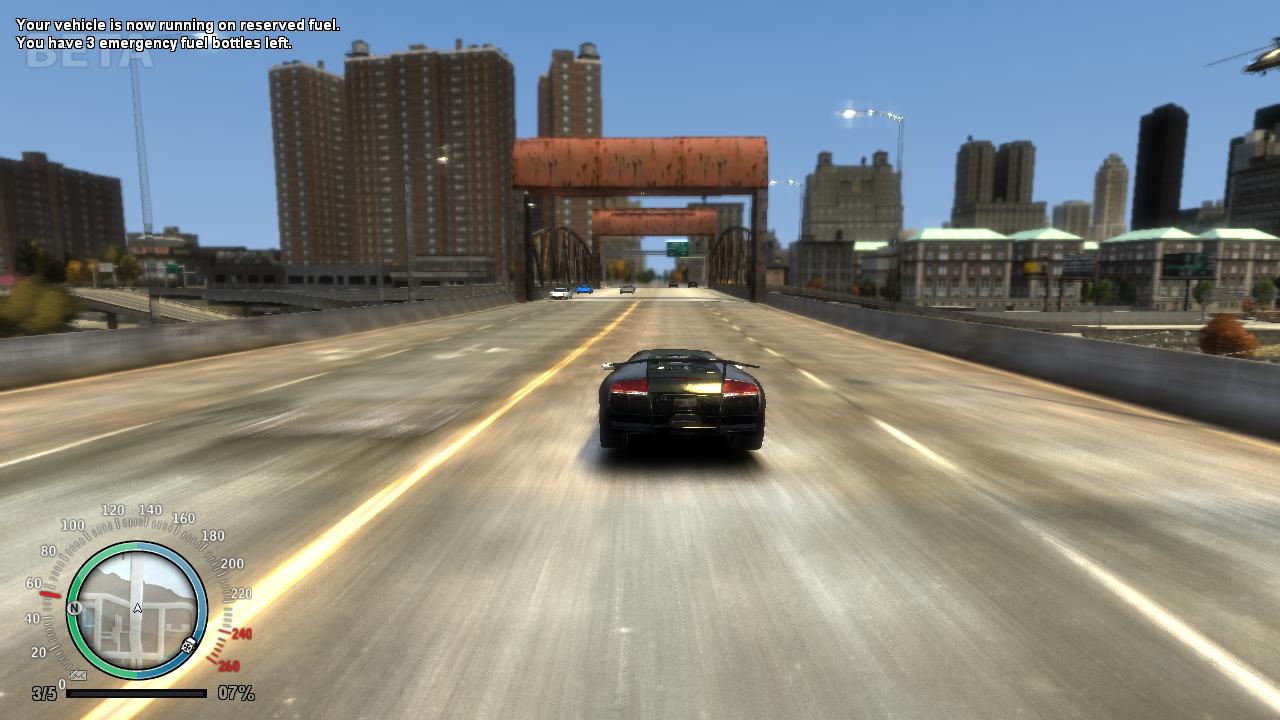 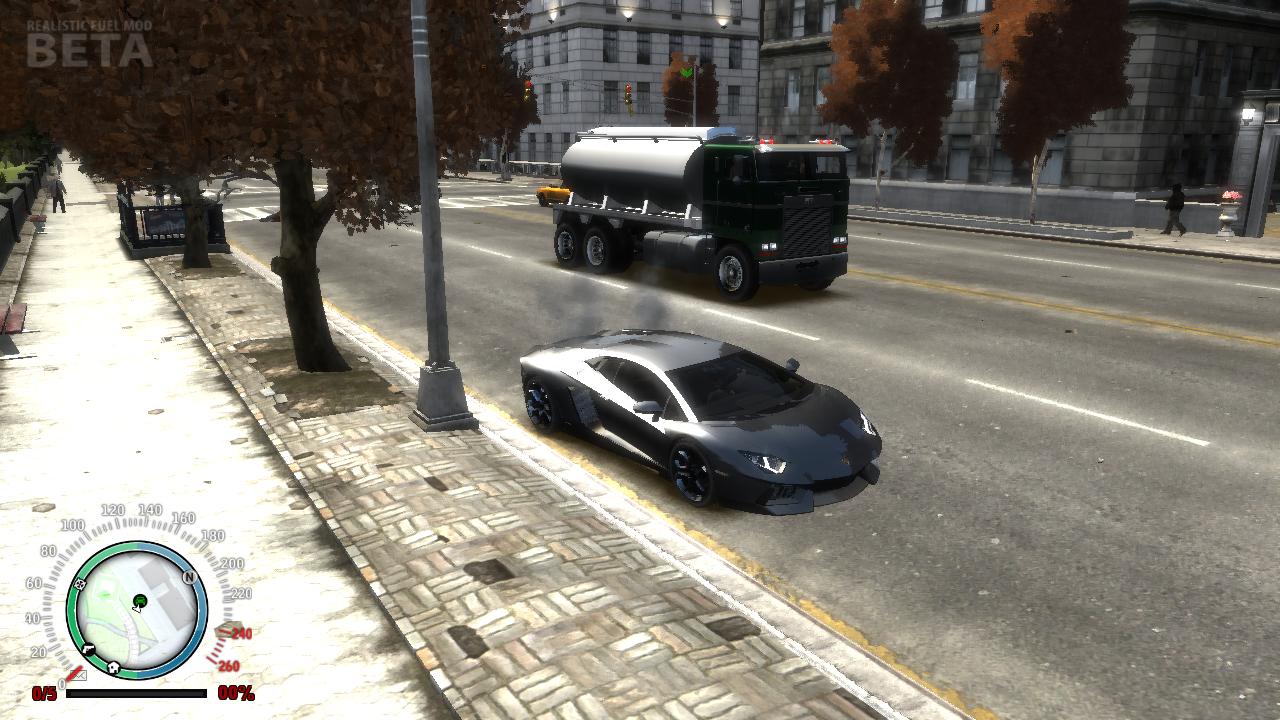