This is my first texture mod I have ever done. I would be grateful if you commented on what you liked about it. BMW 5 Series F10 ''ASA TRANSPORT'' Asa Transport skin for Cj24's BMW 5 Series F10 2012. No models included, you can download the models from the links below! There is also installation instructions in the .rar for those who don't know how to install these. Download links: BMW 5 Series F10 2012: http://www.gta4-mods.com/vehicles/2012-bmw-5-series-f10---polizei-munchen-els7-f21722 CREDITS: Credits: Model made by an unknown Author, converted to GTAIV by NIKRUS181, modified to marked police version by Cj24. RTK-7 made by Cj24, Glass by KevinDV, LEDs by corleone. LED Matrix textures by Break. Asa Transport skin by Denniz Tarhan Screenshots by Denniz Tarhan 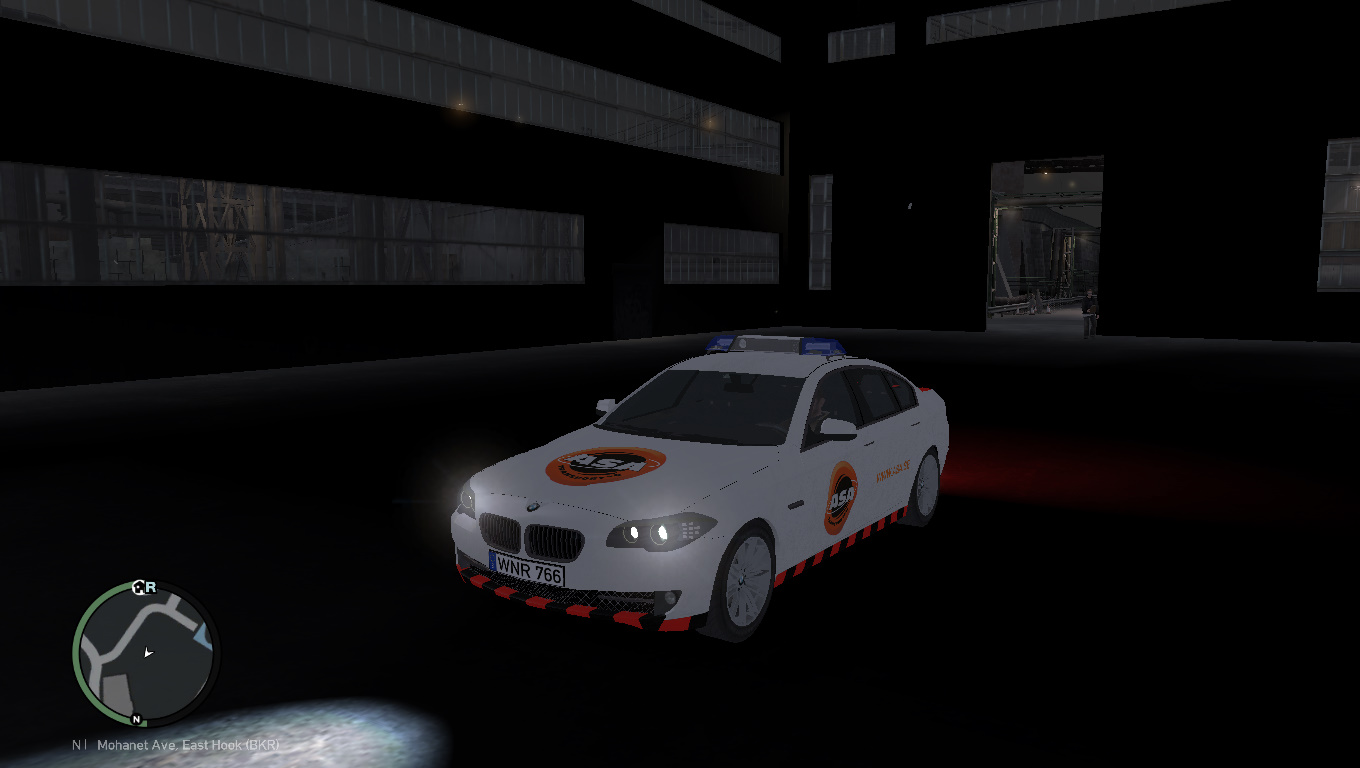 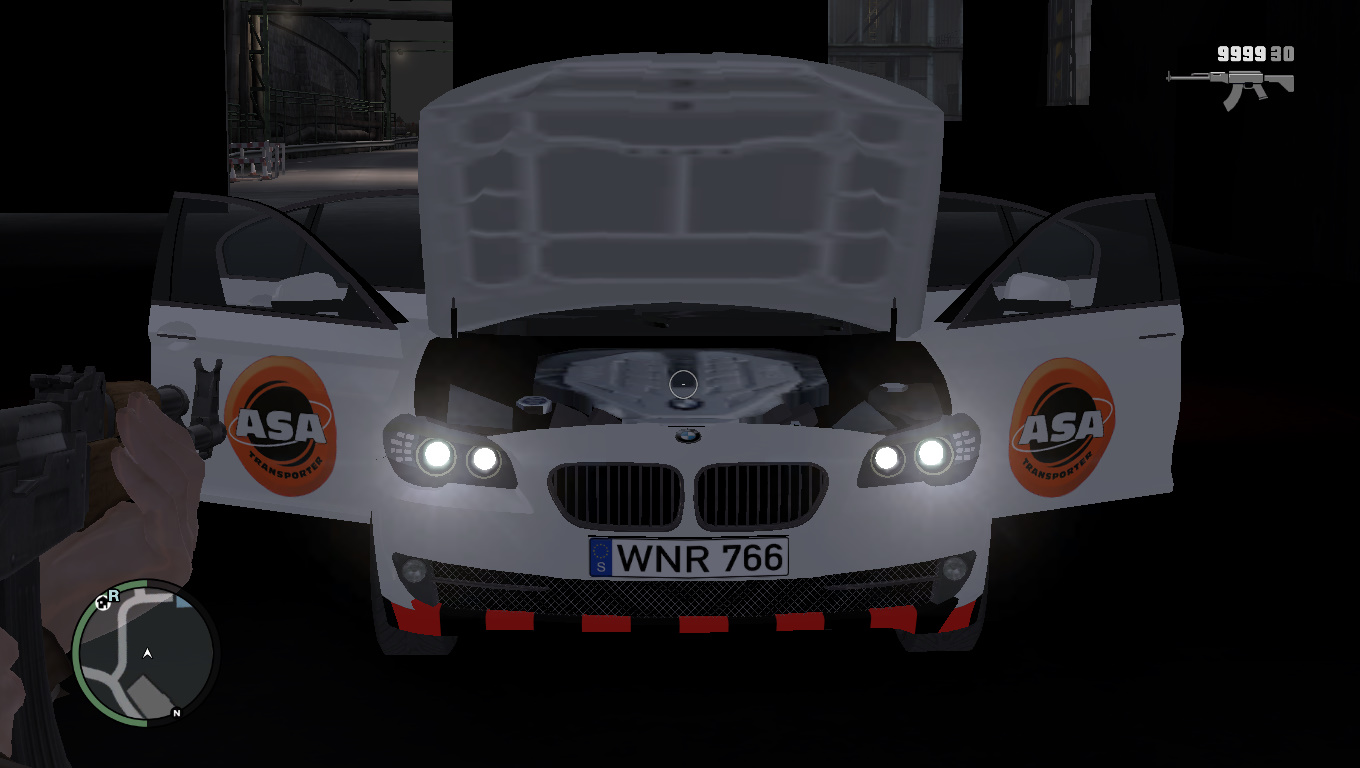 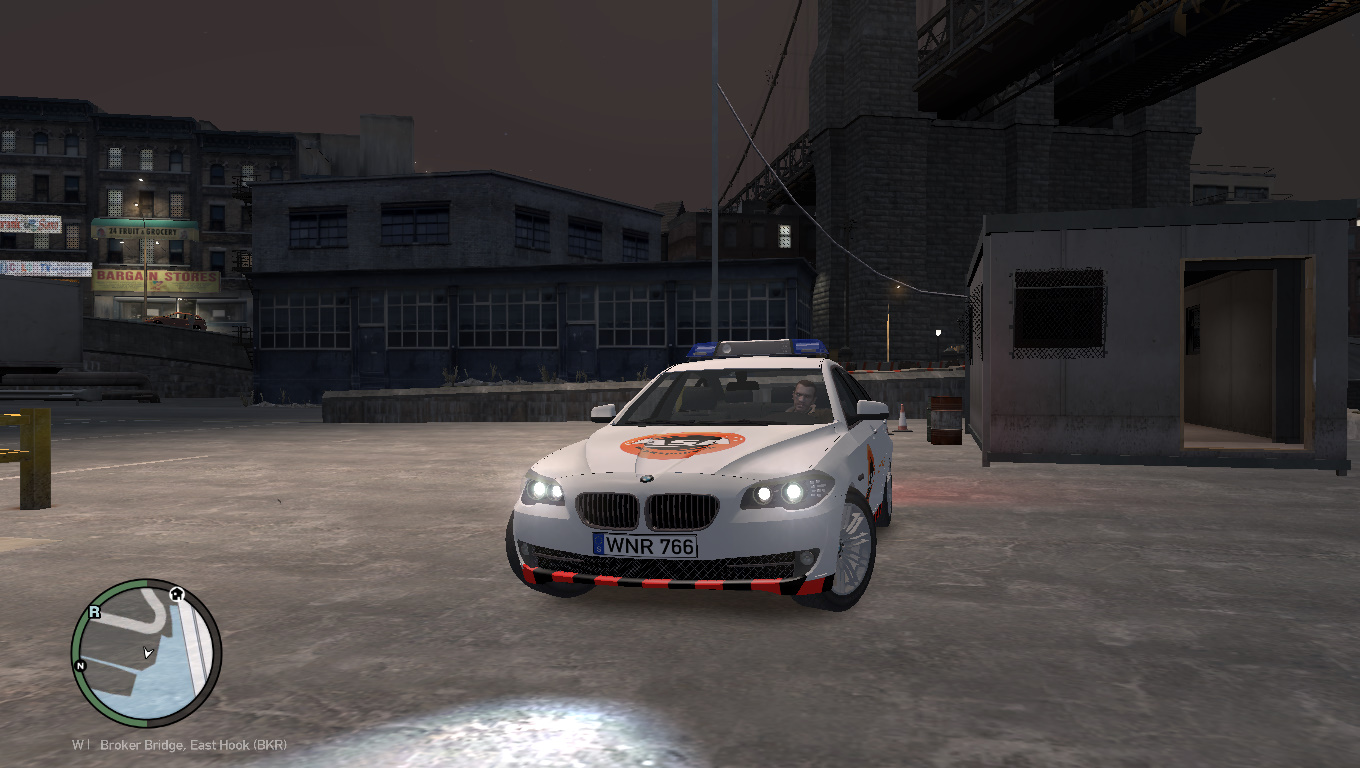 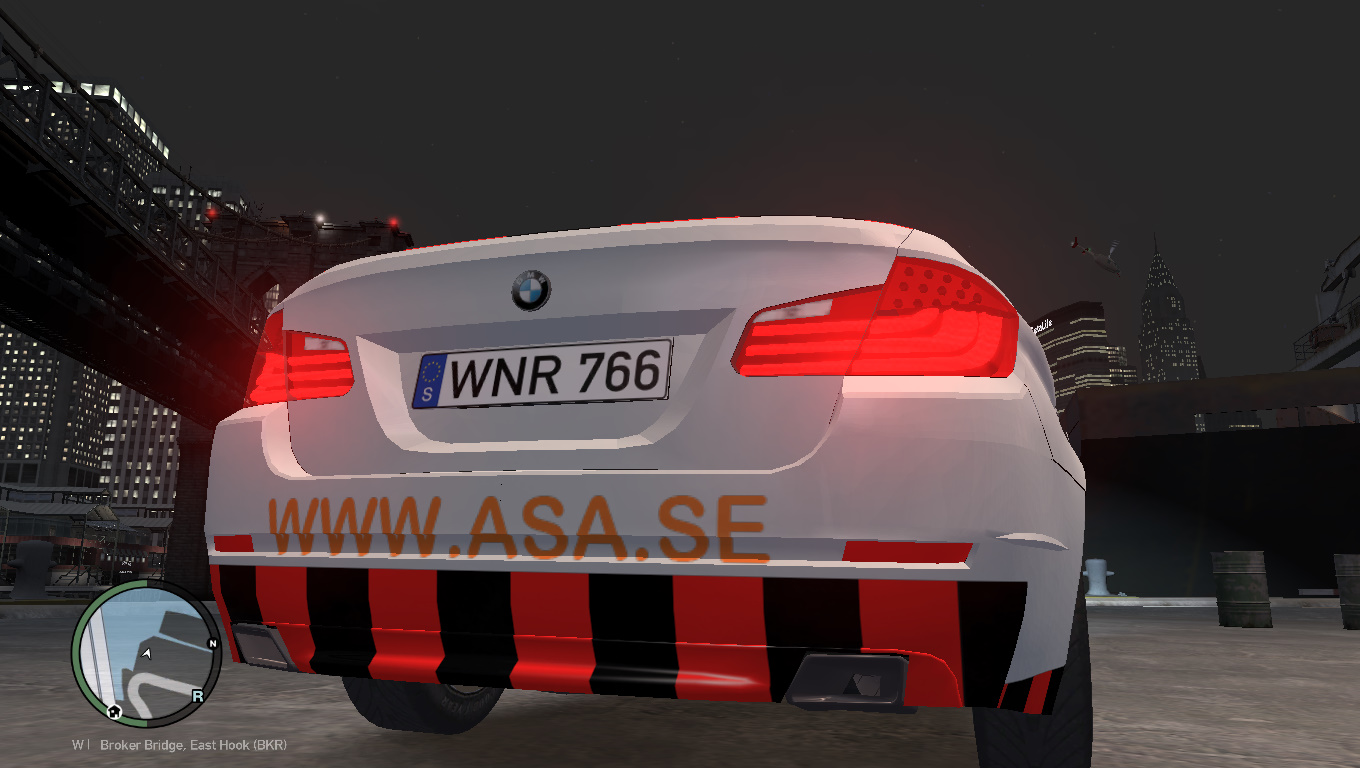 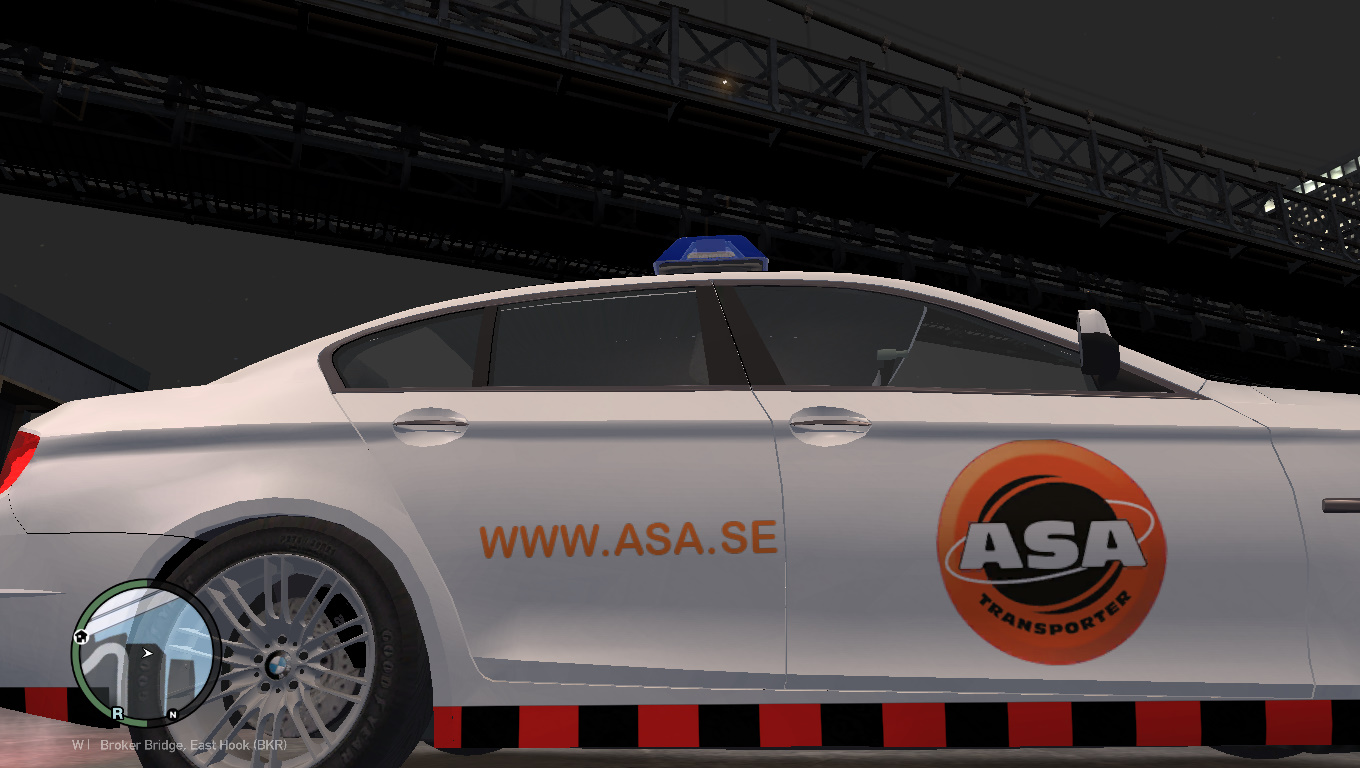